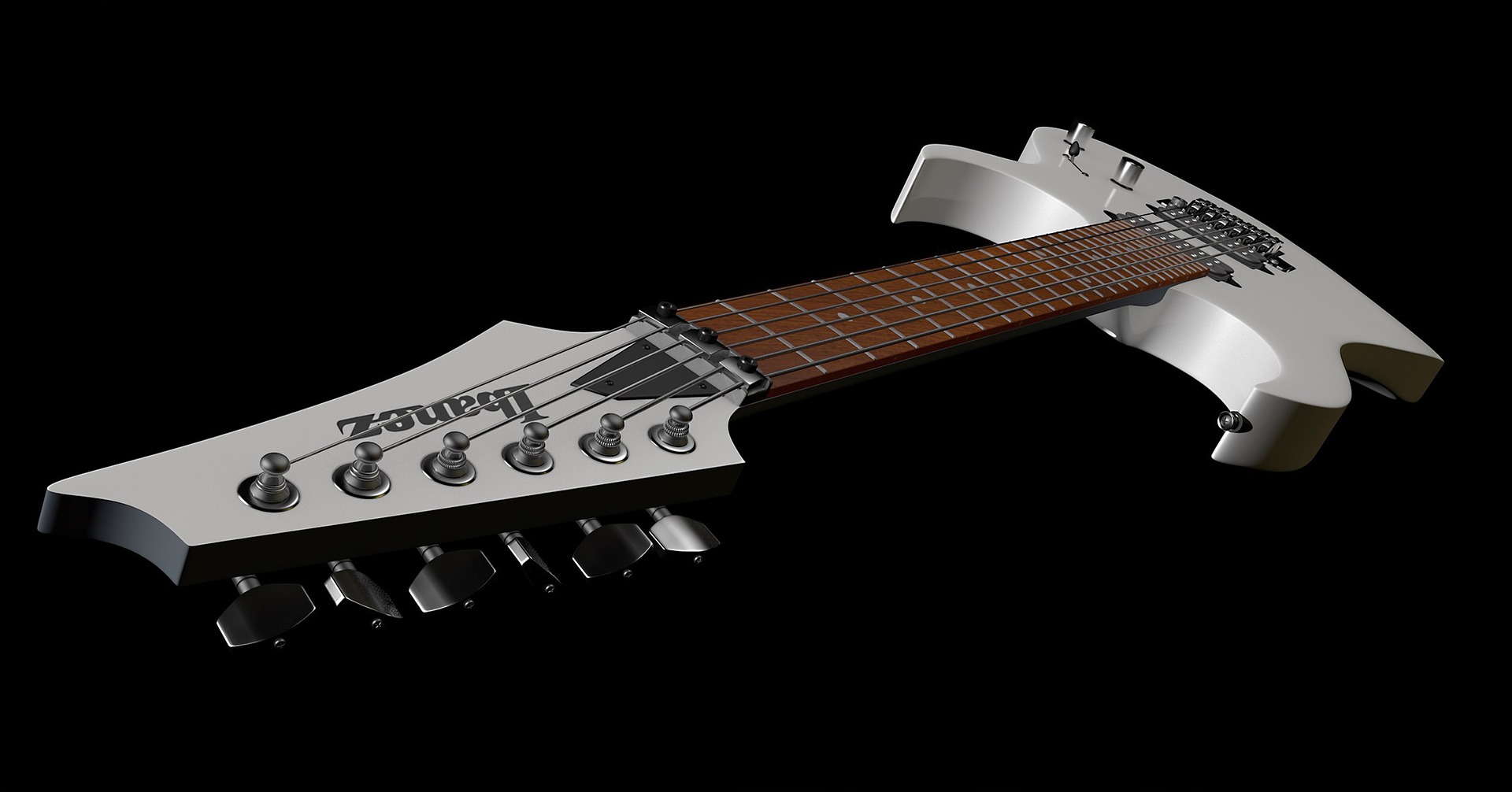 Ibanez guitar forms one of the fantastic guitars makes around the world currently. While on the one hand, they offer high quality, they also come at reasonable prices suitable for everyone. Additionally, they come in different makes to suit each player. They also provide you a comfortable neck in addition to a clear sound.

As such, owning an Ibanez is a sound thing considering you won’t spend as much as you would with the top brands. However, this does not mean that they have to compromise on the quality of the guitar.

Having started by copying the different makes of guitars in the market around the 1960s, the Ibanez company got a wealth of knowledge that they began to incorporate their distinct features as well as various shapes each engineered for a better sound as well as a comfortable feel.

The popularity of the Ibanez guitars is mainly due to the lower price tags on the specific guitars. For a particular price, you get higher quality than another guitar of the same price, thus making investing on an Ibanez guitar worthwhile.

What Does Ibanez Mean?

Ibanez falls as one of the surnames in Spanish as Ibáñez. The names are derived from the word Ibán. On the other hand, the name Ibán is also a variant of Juan, which forms the vernacular forms of the Greek name Johannes. As such, most of the time, the word Ibanez is used as a surname.

Additionally, the word Ibanez refers to the Japanese guitar company that makes the Ibanez guitars. Starting in 1908, by making copies of guitars as well as basses from other companies, the company later began in 1935, making its brand guitars that have gotten world recognition. The company is owned by Hoshino Gakki.

Is Ibanez Better Than Fender?

There is no cut line on whether Ibanez guitars are better than the Fender guitars because each has its strengths. Considering the different aspects of comparison, the choice remains with the player on which favors them all round rather than considering a single element, such as pricing.

To start with pricing,the Fender guitars are purely priced in accordance with their quality. As such, the higher the price, the higher the quality of the guitar. On its side, the Ibanez guitars feature lower prices as compared to the Fender guitars though being of the same quality. As such, what you can get for $200 for an Ibanez guitar is of higher quality than what you can get on Fender at the same price. As such, this forms one of the reasons for the popularity of Ibanez guitars.

Considering the kind of songs played mostly by the guitars, it is commonly found that most of the Fender guitars will be used mainly in Blues and Rocks as well as Country Music due to their sound tones. On the other hand, Ibanez guitars are used primarily in playing hard metal. However, this is not cast in stone. There is no limitation of how you use your guitar, and as such, you will find both guitars used everywhere.

The verdict is that different player chooses the specific guitars because of their preferences, person standards in addition to other criteria. As such, you will find Fender guitars spread throughout the world, as is the case with the Ibanez guitars meaning that each has its user’s fans as well as followers.

What Are The Best Ibanez Guitars?

There are many choices you can get with Ibanez guitars being one of the leading manufacturers. Furthermore, you get a wide range of options for guitars you can choose. For the metal player, you are home with the Ibanez guitars for their high performance, precision as well as power.

Ibanez has different kinds of guitars. These include series like the RG series, S series, AZ series, FR series, AR series, Axion Label series,  Prestige series, series, Premium series, Signature series, GIO series, Artcore series, as well as the Genesis series all these made for different traits such he entry-level beginner models of the GIO series or the classic jazz boxes of the Artcore series.

How Do I Know If My Ibanez Is Original?

As is the case with any other product in the world, there are counterfeit guitars made to dupe users, thus conning them their money. They conmen make guitars that resemble the Ibanez guitars in addition to featuring the different trademarks as well as logos. However, they fail the quality test you get with original Ibanez guitars.

You can know a guitar is not original if someone sells you the Ibanez guitar at just a fraction of the guitar’s price, as indicated by main Ibanez dealers. To protect yourself from buying a fake Ibanez guitar, buying it from authorized Ibanez retailers is recommended.

Another main way of identifying an original Ibanez guitar is by its Serial numbers. The serial number indicates the place of manufacture as well as time in addition to the production number. With this number, you can tell if it is a genuine Ibanez guitar by checking on the Ibanez website. Furthermore, you can identify Ibanez brands easily. It what is indicated by the guitar you are buying is not available, then run away!

Yes. Infact, Ibanez beginner guitars are world-acclaimed guitars that offer quality in terms of tones, power as well as clarity of sound but in low prices. With an amount between $100 – $400, you can get a high quality Ibanez guitar that you can never get with any other guitar make ever in the world. Furthermore, even at under 200 dollars, you get great value for the money you pay.

All everyone should understand that it is not given that high prices translate to high quality automatically. Many factors are at play in determining the cost of an item, including prestige. As such, there are cheap, which are good Ibanez guitars that you can use in any genre as well as for different playing styles.

What Is An Ibanez Gio

Ibanez GIO forms one of the entry line guitars, especially for beginners made by Hoshima Gakki. The guitars are affordable to the users, thus form the first model makes, which can be compared to the Squier line made by Fender as well as the Epiphone line made by Gibson. As such, Ibanez makes the guitars and fully brands them with a GIO log above the standard logo of Ibanez.

The production of Ibanez Gio guitars is mainly in China or Indonesia. On the other hand, they come in various subseries. They help inspire you in your leaning as well as help you be in a position to choose your elegant look as well as your features.

Is Ibanez Made In China?

Ibanez guitars are currently made from many countries, including China, Indonesia, Korea and of course from mother land, Japan. As such, it is ok to say that Ibanez makes some of their guitars in China. However, the series made in china include the Gio series and other series like the RG.

While it is assumed that most of the Chinese goods are substandard, getting a genuine Ibanez guitar made from China does not mean a compromise on the quality of the guitar. Infact, it will sound as good as an Indonesian Ibanez guitar would sound. However, the Ibanez guitars produced in Japan are the high-end ones.

Many companies move their manufacturing to chine due to the cheap cost of labor, thus having a competitive advantage over other manufacturers. Most companies have set up their factories to take advantage of this benefit.

One sure thing is that Ibanez is the leading manufactures of Electric guitars. As such, they are known for the production of excellently high quality electric guitars. When it comes to Acoustic guitars, Ibanez guitars don’t rule the jungle as does the Yamaha, seagull, as well as Taylor. However, you get good quality makes especially for the exotic woods used in these guitars.

They feature high prices; thus, the high-end ones do sound good. As such, it is good to say that though they produce quality good acoustic guitars, they don’t do well as compared to other top brands in the market currently.

How Much Is My Ibanez Guitar Worth

Ibanez guitars feature a wide range of prices depending on the series of each. As such, the determination of the price of each guitar is dependent on the specific model of the guitar. For instance, with an amount between $300 and $600, you can easily get a good quality of Ibanez RG. On the other hand, for an Ibanez S, you will have to dig dipper into your pocket to acquire one. There are a few of these everywhere you go.

Additionally, if you want an entry level Ibanez guitar, you are all covered with prices ranges between $100 and $300. As such, everyone at any level is included. Whether you want the JEM or JS signature guitars or a cheap Ibanez GIO entry guitar, you are covered. The essential factor to consider is your preference as well as your pocket’s reach.

When buying a used guitar, a judgment on the year of manufacture of the guitar gives you the rough estimate of the condition of the guitar. Furthermore, the state, whether mint condition, fair or visible wearing out or dents, of the guitar, as you buy, it tells you what to pay for in comparison to a new one.

Ibanez guitars offer the perfect companion for all your music playing, especially if you are a meta lover. You can never go wrong in having several of these guitars. Whether you are a beginner or you want custom made ones like the JEM.

With different tones, high power as well as increased comfort, the Ibanez guitars are the best choice guitars. Specifically, Ibanez is the top manufactures of electric guitars in the world. Even though they produce quality and good acoustic guitars, they are best at the electric guitars.

Your taste, as well as preferences, say it all when you go for an Ibanez guitar. Additionally, your pockets size determines what you get. However, with an Ibanez guitar, you get better than what you could get from other makes like Fender as well as Gibson.