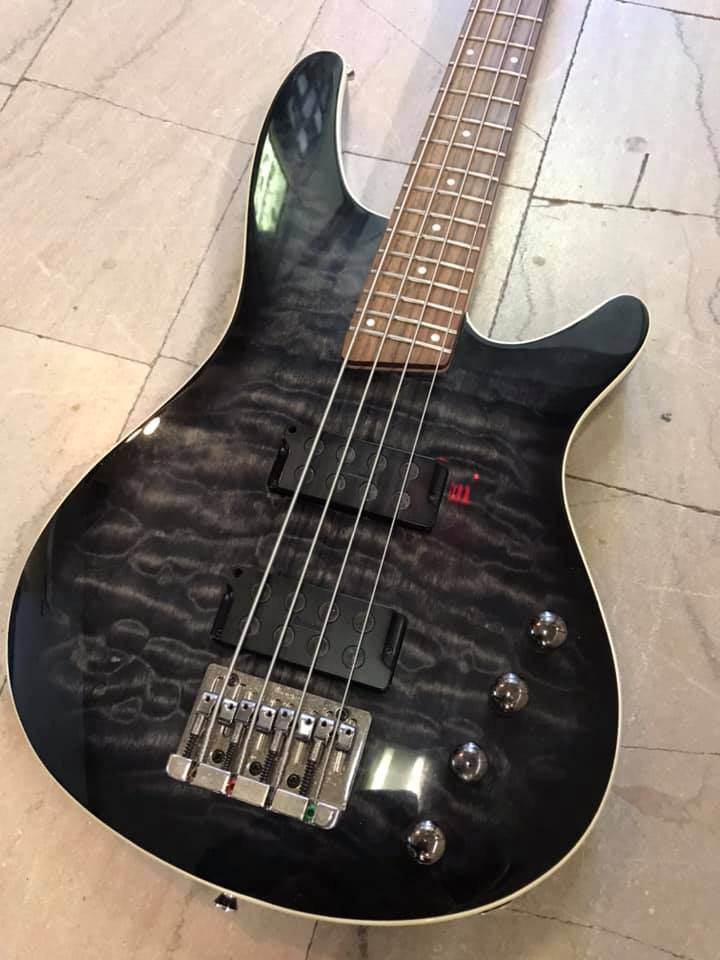 Have you had more guitarists and no bassists in your band? If so, you may have wondered if the guitarists could replace the bassist. While this seems possible, there is more to playing the bass than only having the guitarists’ perspective. Besides, it is easier for a guitarist to grasp the playing of bass as well as be more flexible than any other person while applying all the knowledge they have.

Playing a bass guitar while you know to play a guitar is very much possible. Both the bass as well as the other guitars have many things in common. However, while playing may be simple at first, you will hear other players tell you that you play the bass like the lead guitar. As such, there is more to playing the bass than you may think. Knowing the different techniques of playing the bass differentiates it from the lead guitar. Each of the guitars have their roles and so are their modes of their playing.

How Different is Playing Bass from Guitar?

On the thing that every person must know for every person that wants to play the bass guitar must know that the bass forms the foundation or in other words the frame work of the music. Conversely, the bass is played in melody lines as single expressive notes as well as rhythmic hence every other play along with except the drummer whom they have a lock with.

Consequently, playing a guitar means playing along the bassline created by the bassist and fill up the gaps with either chords or even with melodic lines of the lead guitar. Thus this forms the major difference between bass playing and guitar playing. Each have their roles in the band. A lack of one means there exists a gap thus the music is not complete.

Is Bass Easier To Play Than Guitar?

IF you asked a bassist this question, you will get a direct answer from them that yes playing bass is easier. However, from the perspective of the guitarist it might seem harder to play that it is for a guitar. These two opinions are informed be the fact that each has taken time to learn their guitars and enjoy them, thus seeing them easy to play.

However, there is much to playing a bass as well as a guitar than meets the eye. I would say that both instruments require same amount of passion, vigor curiousness as well as energy in or order to be a prowess in each. Each of the guitars has its own challenges in playing and is overcome by getting the right information in addition to doing intense practices.

Can a Bass Player Play Guitar?

A bassist can play a guitar if given the time to learn the different tweaks involved as well as the theory behind playing a guitar. While there is an overlap of knowledge between the two, playing of the two instruments is totally different and thus requires different approaches. You should never think like a bassist while playing the guitar.

While it is simpler for a guitarist to learn the bass in hours, it is, however more difficult for a bass play to just take the guitar and get going. The guitarist will have a will not put as much energy as the guitarist will put in shifting between the two instruments.

How Long does it Take To Learn The Bass Guitar?

As it is with every other instrument, there is no set period of time that one can say that this are the days that you will take to learn a bass. This is so because learning a bass guitar is captured differently by different people. There are quick leaners and there are those who will take forever to learn not only the bass guitar but every other instrument. Even professionals are constantly learning each day.

However, I would say that given the right materials as well as an informed tutor, within three months you should get going in your play. Within this time you should dedicate ample time for classes as well as for personal practice which forms the major growth criteria of every instrumentalist.

As for me, in order to get moving with the playing of guitar, there are some things you should get hold of. Observing these will get you to playing a bass guitar perfectly than you thought you would.

While people want instant learning to play songs, you should know that leaning a bass guitar is not an overnight affair. It involves hard work as well as dedication.

In order to get started in learning your guitar, the first thing to learn is your music theory. This forms the basic foundations that every instrument playing is anchored on. Learning the basic opens your mind to the world of music. This also should culminate in learning the anatomy of a bass guitar.

After you have learnt the anatomy of the guitar in addition to other aspects that concern music, the next thing you should master is scales. Learning your scales as well as how to form them gives you a better advantage when learning how to play a guitar.

Learn your arpeggios correctly up the neck

Not rushing to play songs is key to learning the bass perfectly. All these will require patience and determination for you to advance to the next level.

After leaning you basic chords as well as arpeggios, you need to then learn simple progressions for songs. This will give you the juice to continue with your practices. It is just the beginning of your playing.

Learn to lead off with the second finger

This is where you learn fingerings. Both your left as well as the right hand have a part to play in your playing. Learning the perfect fingerings while playing especially learning to lead off with the second finger propels your playing to the next level.

Get tight with the drummer

Getting to lock up your playing with the drummer is key to becoming a professional. The drummer and the bassist are the meat and the potatoes of any songs. Getting to know different patterns helps in being a perfect bassist.

The eight letter word is P-r-a-c-t-i-c-e. Practice! Practice! Practice can never be enough. They say practice makes perfect. If you want your fingers to loosen up, practice is a must. As such, dedicating your time towards practice will ensure you be perfect in playing.

However, it’s not just any practice, consistency as well as quality must be the emphasis for your practice as these provide you with the right recipe for greatness.

A guitarist to adapt to playing of a bass guitar perfectly, there are things they must pay attention to. These will work towards to using the knowledge he has from playing a guitar to becoming a renowned bass player.

It is simple for a guitarist to learn how to play a bass. This may take a few minutes or so and they are good to go. However, this may not sound professional. There requires immense of time as well as knowledge that will transfer the mode of thinking to that of a bass play. It is good to not that a bass guitar player plays a different role in a song than that of a guitarist.