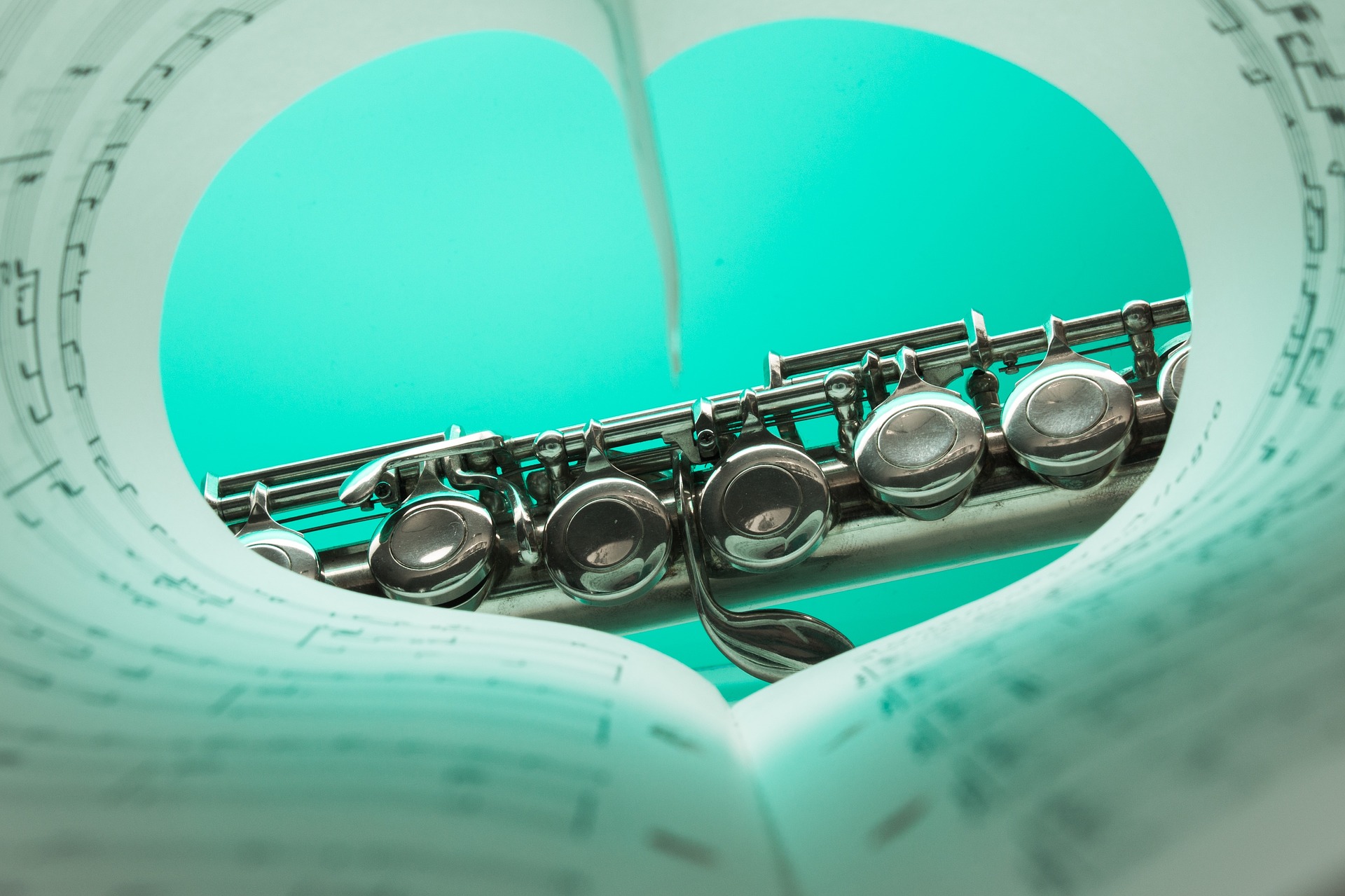 Learning to play the flute isn’t very hard, and just like other musical instruments, it requires practice, dedication, and discipline. If you dedicate the right amount of practicing it can be easy to learn the flute.

The flute is a melodic instrument; for the most part, it has a clear, bright sound with a distinctive warmth, refinement, and subtlety tone. Flutes are unique, and there is the use of expensive materials such as silver, gold in its manufacture.  Transverse flutes used in Europe were made out of animal bones. You can regard these musical instruments like old flutes.

Learning how to play this instrument can be a quite rewarding experience, but if you fail to get the right program that’s well placed, it can be challenging to keep up. If you intend to learn and become a proficient flute player the finding the right flute trainer is a must, which can be hard. With a good flute trainer, you find that you will quickly get your way through being a good flute player.

Is It Easy To Learn Flute On Your Own?

A flute, just like most musical instruments, can be self-taught.  On the other hand, it requires content to practice and determination to get to the perfection levels. Yes, it’s possible to teach yourself to play the flute, and many people have shown themselves and become so good at doing so.

However, with self-training, you can quickly get stuck and fail to recognize your mistakes.  Professional flute trainers can make the whole learning process more comfortable and less time-consuming. Trainers also make it easy for you to move without being stuck on the way. The flute isn’t complicated but requires sharp detail to produce pleasant sounds. Learning a flute by yourself requires discipline and passion just like any other instrument, and with this, you can quickly go ahead and be a star self-made flute player.

How Much Time Does It Take To Learn An Instrument?

Everyone has a different learning capacity; in that people learn at a different pace. The first thing to do as an adult learner is telling you the trainer of your goals and expectation.   An adult may require a bit more time to learn due to different factors and so much engagements and limited practice, but in the end, they learn and can be as perfect as a young kid or teen.

For kids learning can be a bit quick; parents should, however, actively engage in their kid’s training. The most essential things about learning an instrument are that not only the mental skill but a physical skill as well.  Children should practice at least 10-15 minutes daily to practice to perfect within a short time. Learning an instrument also depends on the type of device. A violin is said to be more complex and requires more time roughly three years to learn how to produce a pleasant sound, while a piano requires a shorter time to learn.

What Is The Most Natural Instrument To Learn?

Many people are interested in music but are quite afraid to start due to the complexity of most musical instruments.  There is a common misconception that learning to play musical instruments as an adult is too complicated and next to impossible. Yet the misunderstanding that you need to start to pursue music school and learn musical instruments at an early age has kept most people from pursuing their dreams in music.

Learning how to play an instrument is a matter of interest, determination, and discipline. The most straightforward instrument to play is the Ukulele; it’s quite affordable and super fun.  The flute is one of the easiest to learn since it has four nylon strings, that you quickly pick up simple cohorts and play in just a few days of learning.

Is Playing Flute Good For Health?

The flute is diverse, and learning the flute means learning how to take care of your body. Flute playing promotes good posture, proper and healthy breathing, finger dexterity, and core strength hand control. Flute playing requires a high degree of discipline and patience, which happen to be necessary attributes for academic excellence and a good work ethic.

The flute is an excellent way to give your brain some workout. Learning how to play the pipe can be rewarding in many ways. Generally, most people take flute lessons to cultivate their talents, but there are tremendous health benefits that come with flute playing. In addition to posture and breathing, playing the developed flute self-confidence relieves stress, and cultivates discipline.

How Much Does A Flute Cost?

Flutes are exceptional musical instruments that produce a breathtaking warm sound.  They are some of the first musical instruments ever made. Apart from the music, they have other health benefits that make them very popular among different countries globally. With so many people wanting to learn this instrument. There have been several concerns regarding the price.

So how much does a flute cost? Generally, there are three difrent types of flutes intermediate, beginner, student, and professional. Beginner flutes price range from $150 to $700, although you can get other beginner flutes that are less than $70. Intermediate will cost between $700 to $ 2500; student flutes price range from $400 – $25000 and the professional flute 2500-$1000

Is Playing Flute Good For Lungs?

Playing the flute has been linked with numerous improvements and enhancements of different health issues.  Playing it helps improve the flow of energy through the body. It is well known and has grown because it promotes and helps with respiratory problems. The flute improves breathing movements.

Since blowing air in the flute requires effective and efficient air movements, this movement improves the breathing capacity improves in the player. Also, the flute blows air vibrations, which are produced by the flute player hence improving the respiratory system. Regular playing of the flute has does reduce the risk of bronchitis according to research done.

In addition to respiratory healthy many people suffer from depression, and the beautiful music releases body stress, tension, and anxiety.

Is Bamboo Flute Hard To Play?

The bamboo flutes are also known as a bansuri aren’t hard to learn. The bansuri is a flute made out of a bamboo stick, and it has a wide range of differences from the concert flute. The bamboo flute initially originated from India and produced a deep, earthy tone. It is, however, typically made out of bamboo.

But to learn this, unlike the standard flute, you require more practice and need to be consistent in training.  A slight incline or incorrect posture of the bamboo flute may bring a huge difference in the music output. The bansuri can, however, be slightly challenging o play due to its design. The concert flute has  15 holes throughout and buttons that make it easier to produce sound, while the bamboo only has the utmost eight holes that require finger coordination to create music.

What Is The Hardest Instrument To Play?

Everyone knows that playing musical instruments can boost your brain’s networks. Making all your brain parts work together at the same time. Generally, there’s no hardest instrument to play; there are, however, more instruments to play that are more tolerable being terrible played. Playing instruments may seem challenging, but some devices can be entirely adjustable.

But there are things that you should consider when learning to play instruments; they should be easy to learn like the harmonica. The hardest device is the violin; according to most music instrument, players it makes beautiful symphonies, but learning it can take even three years with constant practice and discipline. The violin requires both coordination to produce pitches with string instruments.

Is Flute Harder Than The Violin?

Playing the pipe can be a rewarding experience, but if you do not find the right guidelines and proper program for your level, it can be very challenging to keep up with the flute. If you want to. The flute is a gorgeous and versatile instrument that may appear to be comfortable and require minimum effort to master. However, just like other instruments, it requires effort, work, and real dedication for one to become a perfect flutist. A flute requires physical and mental energy.

You need to get the shape of the mouth, breathe well, and co-ordinate your fingers properly. The flute, however, takes lesser time to learn as compared to the violin. The violin is said told be one of the most challenging documents to learn and hack since it takes a while and demands more practice to produce a sweet sound.  Both instruments are equally challenging to play, but with the right set of mental attitude and guide, you can quickly get through.

How High Can A Flute Play?

The flute is an instrument that is known for being capable of extreme virtuosity and can also create beautiful sustained melodies.  It perfectly blends with all instruments and songs and provides background color to forego activity elsewhere in the orchestra. It is the highest-pitched instrument of the woodwind instruments family. There are several flute pitches commonly used  ( the piccolo, the alto flute, the C flute, and sometimes the bass flute).

The official high note of an average flute is the c 3 octaves just above the middle C – called the  4th OCTAVE C if you are counting from where the flute starts, this is the 7th octave C on the piano. The range of a flute generally covers three octaves.  As in the most woodwind instruments, the field has three more registers.

The flute is one of the oldest instruments around and one of the most diverse. It’s practically universal/ ubiquitous in every culture In the world. It’s never too late to learn how to play any instrument; In fact, there are more advantages to learning how to play musical Insturments. The flute also benefits your health in addition to entertainment.

The bottom line the flute is a simple instrument to determine if one is interested, it’s quite diverse and easy to understand . Learning the flute can give you a life-changing experience, and the rewards are tremendous. Just like any other musical instrument, its good to always remember that it needs attention too, to perfect.