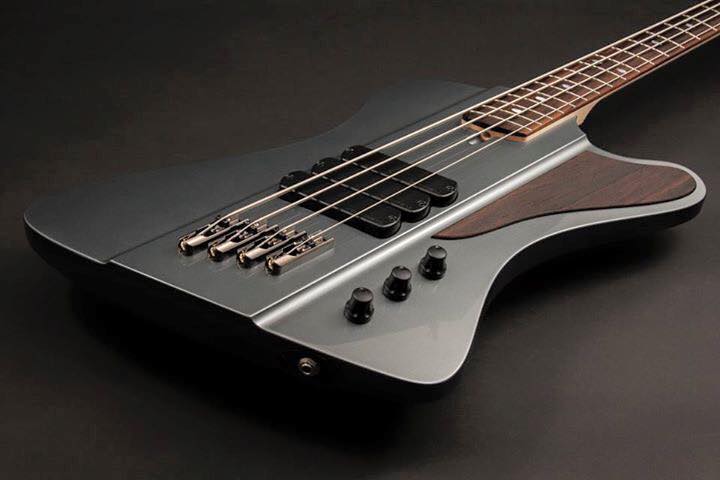 With the increase in the love of music, using lead guitars, bass guitars and rhythm guitars has become so common. This passion is not only the musicians but also the fans. Musical instruments have seen great revolutions as days have gone. The guitars also have become so affordable that even individuals own them. So you will find this is convenient for an individual’s practice.

Adding guitars in a song makes it sound pleasant to the ear. The lead guitar, bass guitar, rhythm guitar have various applications depending on the need of the song. In a band, you can have two guitars or one.

Different roles. Most of all the time, the bass plays one note at a time. They indicate chord changes. You can hear them playing the root of the chord at least once in a measure. However, a rhythm guitar commonly plays multiple notes at once. Also, you can determine some sequence of notes to tell the kind of chord it is. With the lead guitar, you can play some melodic lines compared to rhythm guitar.

In the context of performing a song, it is the ensemble that is important, rather than its parts. For example, a piano can replace a guitar both as a rhythm and a solo instrument. Furthermore, a pianist, an organist, sometimes a guitarist, can replace a bass guitarist. Therefore, none of these roles is entirely indispensable for the performance of a song.

What is a Bass Guitar?

A bass guitar is a plucked stringed instrument with a longer neck and scale length, as well as with four to six strings. Additionally, a bass guitar features a longer neck than electric or acoustic guitars. They have replaced the double bass in popular music since the 1960s. However, a four-string guitar is tuned the same way as a double bass. Primarily, you can play it with fingers or thumbs or striking with a pick.

What is the Rhythm Guitar?

What is a Lead Guitar?

Lead is a guitar in which you only play melody lines, fills, solos, and some riffs within a song structure. It usually plays single-note-based lines or double-stops. Lead guitar lines are commonly supported by a second guitarist who plays rhythm guitar in rock, heavy metal, and many others. It usually consists of accompaniment chords and riffs. They require the support of rhythm.

Are The Skills Interchangeable?

In the context of skill, it is the ensemble that is important, rather than its parts. Moreover, it does not mean that you know how to play a lead guitar if you know how to play a bass one. You need to train for both because they are structured differently. There is also a different approach to unleash chords from each instrument.

What is The Difference Between Bassists And Guitarists?

Bassists and guitarists differ primarily in the pitch range if their instruments. Bass guitarists play notes an octave lower than a regular guitar.  The other difference is the role that the instruments play in a band. Usually, bass guitar plays a supportive role along with the drummer to create the pulse of the music and set the music’s foundation. The guitars on the hand, provide the rhythm.

Is Rhythm Guitar The Same as Lead Guitar?

What is The Difference Between Lead Guitar and Rhythm?

The rhythm guitar uses the basic technique of rhythm guitar is of holding down a series of chords with the fretting hand while strumming rhythmically with the other hand.

As a good rhythm guitarist, you must possess a good knowledge of chords and rhythms. Furthermore, you should have the ability to lock in with the bass and drums and provide a good feel for the vocalist.

we consider a lead guitarist, to be the most essential instrumental in a rock/pop. To develop your prowess as a good lead guitarist, by improving your ability to improvise. Improvisation is the spontaneous creation of a melody line on a given rhythm background. The improviser requires to develop a lead melody and blend with it. This improvisation is usually spontaneous, and it is unlikely ever to be recurrent in precisely the same way. You play a rhythm guitar is different from the lead in the way they.

A Rhythm guitar offers support to a song’s rhythm section by strumming the chords. A popular misconception exists among musicians that a lead guitar is more complicated than rhythm. However, this is far from the truth. The truth is that Rhythm guitarists have the primary task. It entails playing challenging chords, intricate strumming patterns, and complicated time signatures.

What is The Role Of Rhythm Guitar?

Rhythm guitar serves the function of giving a rhythm section by strumming chords. This is a more complicated task because one needs to have a good knowledge of chords. Musicians that play rhythm guitar also provide or support the harmonic material within a song. A song’s chords serve as a foundation from which melody can stand on. Without rhythm guitar players, you wouldn’t have chords for singers to sing tunes over.

Why Do Bands Have Two Guitarists?

In a group, you need to develop mostly playing a good rhythm guitar. In some bands, two guitarists split into lead and rhythm. However, the players can share the roles.

On the contrary, where there is only one guitarist, playing rhythm makes up about two-thirds of the guitarist’s job. Another benefit is that it increases the sounding of the band. Having and using two different voicings of the same chord makes the music interesting. In this case, one plays in the low midrange while the other plays a higher, broadening the tonal spectrum. However, you don’t find two bass guitarists because it will be boring.

Lead, rhythm, and bass guitars have both a supplementary role in music. However, this does not mean that their roles are indispensable. Depending on the performance needs of a song, you will determine which type of instrument to use where.

Firstly, lead guitars are suitable when the songs need a lot of melodic lines. Secondly, Rhythmic Guitars are essential to provide the rhythm of the song. The bass guitar, together with drums, gives the foundation of the song. Additionally, rhythm and lead guitars are the same, only that they are techniques of playing the guitar. Lastly, a band requires two guitarists in the cases where it needs to intensify sound.